I first met Dean not long after my wife and I split up. I had just gotten over a serious illness that I won’t bother to talk about, except that it had something to do with the miserably weary split-up and my feeling that everything was dead. With the coming of Dean Moriarty began the part of my life you could call my life on the road. Before that I’d often dreamed of going West to see the country, always vaguely planning and never taking off. Dean is the perfect guy for the road because he actually was born on the road, when his parents were passing through Salt Lake City in 1926, in a jalopy, on their way to Los Angeles. First reports of him came to me through Chad King, who’d shown me a few letters from him written in a New Mexico reform school. I was tremendously interested in the letters because they so naively and sweetly asked Chad to teach him all about Nietzsche and all the wonderful intellectual things that Chad knew. At one point Carlo and I talked about the letters and wondered if we would ever meet the strange Dean Moriarty. This is all far back, when Dean was not the way he is today, when he was a young jailkid shrouded in mystery. Then news came that Dean was out of reform school and was coming to New York for the first time; also there was talk that he had just married a girl called Marylou. 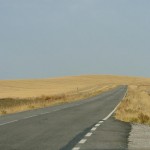 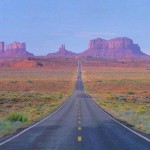 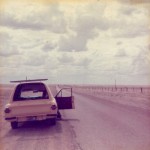 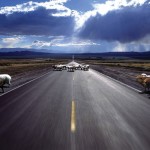 One day I was hanging around the campus and Chad and Tim Gray told me Dean was staying in a cold-water pad in East Harlem, the Spanish Harlem. Dean had arrived the night before, the first time in New York, with his beautiful little sharp chick Marylou; they got off the Greyhound bus at 50th Street and cut around the corner looking for a place to eat and went right in Hector’s, and since then Hector’s cafeteria has always been a big symbol of New York for Dean. They spent money on beautiful big glazed cakes and creampuffs.

All this time Dean was telling Marylou things like this: “Now, darling, here we are in New York and although I haven’t quite told you everything that I was thinking about when we crossed Missouri and especially at the point when we passed the Booneville reformatory which reminded me of my jail problem, it is absolutely necessary now to postpone all those leftover things concerning our personal lovethings and at once begin thinking of specific worklife plans…” and so on in the way that he had in those early days.

Kusarigama is fully compatible with the coolest features of WordPress, such as Custom Menus. The sidebar and the footer area are widget-enabled, so you can easily customize your layout with the contents you need. From version 2.0, Kusarigama adopted the HTML5 standard.